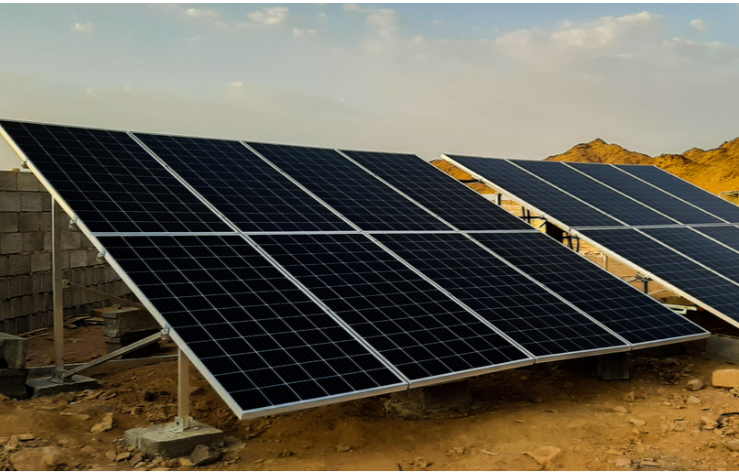 During our Clean Energy in Emerging Economies class, Nicole Poindexter, CEO and Founder of Energicity Corp. (“Energicity”), shared her experiences providing affordable electricity solutions to off-grid communities in West Africa. Founded in 2015, Energicity is a company committed to ending the energy access gap by developing and operating solar mini-grid systems for communities over 100 households. For the time being, Energicity’s efforts are focused on sub-Saharan Africa, where 75% of people without electricity access reside, according to IEA.

Nicole talked about the benefits of Energicity’s business model compared to other electricity suppliers, such as reducing connection costs, providing reliable and consistent electricity, managing expectations with customers, and providing a better consumer experience. Nonetheless, she mentioned that expansion plans for the company will only include countries that have enacted clear and well-defined regulations for mini-grids. Why?

Studies show that profit potential in the sector may approach US$25B by 2030, a number that could grow far larger if regulations can substantially reduce risks of developing and operating mini-grid projects in developing nations. Nonetheless, regulations can be a double-edged sword for governments trying to incentivize mini-grid deployment. While investors are attracted to places where legal frameworks provide long term security for their assets and operations, investors are hesitant to develop projects where regulatory processes are costly, lengthy, limit foreign or domestic participation, or don’t address encroachment from utilities.

Mini-grid regulations can provide certainty and flexibility for developers

Despite being a promising low-cost solution to ensure energy access in sub-Saharan Africa (especially in rural areas), mini-grids are not always regulated under legal frameworks in developing nations. In many cases, national laws only contain rules for grid connected infrastructure, creating a legal vacuum that creates uncertainty on projects and increases risks for investors. A lack of regulation means that developers cannot be certain if mini-grids require licenses or concessions from the government to operate, if there is access to subsidies, what types of tariff-schemes can be negotiated with clients or what would happen in case grid expands to their customers. Because mini-grids operate under different scales and business models than traditional utilities , mini-grids require a clear set of rules to be effectively deployed.

While all the aforementioned areas are crucial, clear processes for acquiring licenses and other regulatory approvals are an easy way to incentivize new developments in the region (Quartz Africa).  According to the Africa Minigrid Developers Association, average regulatory compliance for mini-grids requires one year per site. Digitalization and fewer requirements for small-scale projects could significantly reduce time and costs for developers.

In many countries, grid infrastructure and electricity tariffs provided by national utility companies are subsidized by state governments, either directly or indirectly. Privately owned mini-grids not only lack many of these kinds of subsidies but may also be restricted from creating tariff schemes that are cost-reflective. Providing private companies with enough freedom to establish creative tariff structures will allow developers to predict cash flows, assess project viability and manage risks for new investments.

Additionally, regulations should also address the risk of national utility companies crowding out mini-grids. Because electricity provided through a country’s national grid is likely to provide cheaper tariffs to customers due to subsidies, an eventual expansion of grid services could leave mini-grid developers with stranded assets and a huge debt. Therefore, regulations and policies should also provide for exit options for a mini-grid developer in the event of national grid expansion.

The Nigerian government provided an enabling environment for the mini grids through a series of policy measures— including the National Electric Power Policy way back in 2002 and the landmark Mini Grid Regulation of 2017. RMI found the 2017 regulation to be more supportive of market development compared to most developing countries and that it is a key factor to mini grids’ success in Nigeria. The regulation protects mini grid developers from early encroachment from the main grid by having a compensation mechanism in place, defines a methodology for cost-reflective tariffs, and developed templates and guidelines to promote uniformity and standardization across the mini grid sector.

In addition to the highly supportive 2017 regulation, other policies and frameworks are in place to promote mini grid development. Not only did these regulations and policy frameworks ease the implementation of mini grid projects, but they also allowed the right to cost-reflective tariffs which is vital to the project’s financial viability. This level of regulatory certainty is very attractive for private capital, as evidenced by the recent influx of minigrid developers into the Nigerian market, and in turn accelerates the country’s journey to universal access.

Mini-grid funding can be incentivized with new regulations and policies

The sub-Saharan region faces many challenges towards full electrification, including lack of existing infrastructure, low population density, high concentrations of low-income households and reduced public budgets. The current situation means that countries will require every dollar they can get to finance projects if they really want to reduce the energy gap. Therefore, a proper regulatory framework that can eliminate barriers of entry and de-risk investments in different project phases will be vital to achieve energy access goals.

International experience shows that mini-grids are most successful when they are backed by clear rules and have the support of the government. Legal frameworks that eliminate controls on capital, limits to foreign investment, administrative processes and allow for cost-reflective tariffs are more dynamic and provide further security for long term investors. Additionally, countries with national electrification strategies clearly stating energy access goals and the role of mini-grids can provide additional certainty and reduce risk perception for investors and international institutions seeking to provide financing or grants to these types of projects.

While a lot of work still needs to be done to reach half a billion people by 2030, there are reasons for optimism. According to the World Bank, the cost of solar and storage technologies have declined between 62%-85% during the past decade, and it is expected to continue a downward trend through 2030. On the investment side, records show that private companies have invested over US$259 million in mini-grids since 2013 and that the World Bank itself has already committed over US$660M by 2025. Investments are likely to keep growing, with expectation that the sub-Saharan mini-grid market may reach  US$128 billion by 2030.

Cost, technology, and other improvements, along with the fact that many development institutions are turning their attention (and dollars) towards mini-grids, have led to countries integrating mini-grids into their own national electrification programs. Such is the case of Kenya, which has improved energy access from 32% in 2014 to 75% in 2018.

While mini-grids will not solve all energy access problems in sub-Saharan Africa, mini-grids are one of the best alternatives to providing electricity to people in regions located far from national electric grids, especially those aiming to power productive loads that require more power than small stand-alone systems can provide. To incentivize exponential development of mini-grid projects and reach millions who still lack access to electricity today, countries must establish regulations that provide certainty to investors, protect assets, and reduce risks and administrative costs of developing and operating projects at such locations.