Electrification and Employment in India

What makes electrification “work” in some places and not in others? 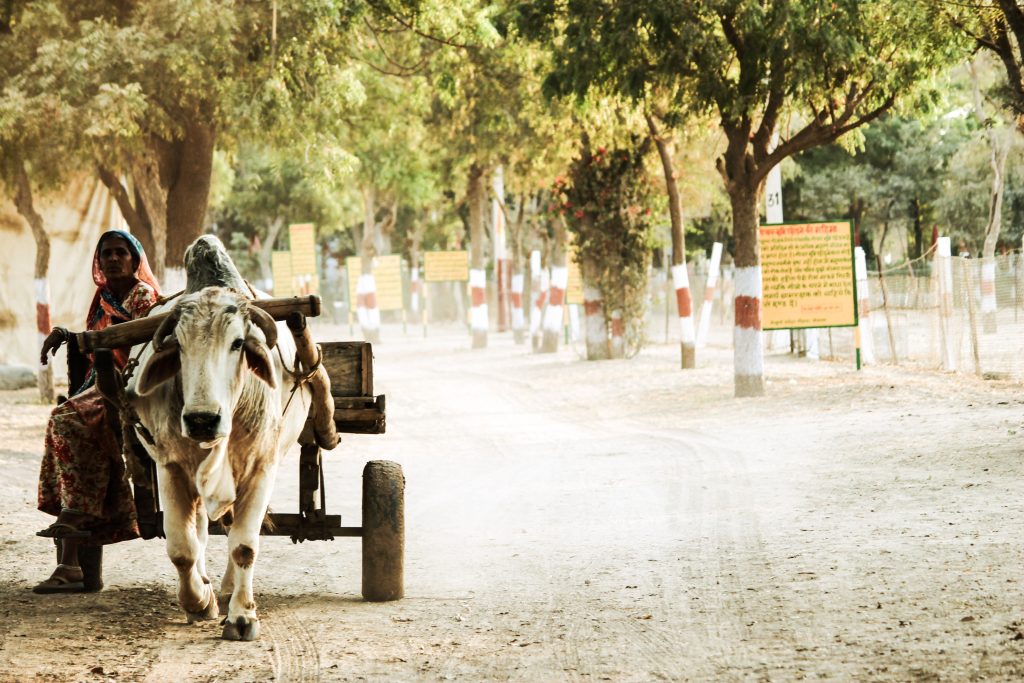 What connects smallholder farmers in the semi-arid tracts of northwest India to the oil and gas barons of Texas and Oklahoma? A little green bean called guar!

The seeds of this humble legume yield a potent thickening agent that greatly enhances the effectiveness of fracking fluid. As the fracking boom started in the United States, demand for guar skyrocketed, resulting in windfall gains for farmers across northwest India, the epicenter of global guar cultivation. Nearly simultaneously, India began rolling out its massive national rural electrification scheme, which prioritized certain villages based on a strict population-based eligibility criterion. This study combines these two “natural experiments” to show that large-scale grid electrification can dramatically increase non-agricultural employment in rural economies when economic opportunity complements infrastructure—but if these complementary economic conditions are lacking, the grid may scarcely make a dent.

We find that electrification led to a large increase in non-agricultural employment in villages located in India’s booming guar-growing regions. Specifically, in guar-region villages with populations just above RGGVY’s eligibility cutoff for India’s rural electrification scheme, the share of non-agricultural workers in the village population rose by approximately six percentage points, representing a 75 percent increase relative to the sample mean of eight percent. At the same time, the corresponding share of agricultural workers fell by eight percentage points (twenty percent relative to the sample mean of 36 percent). Large increases in population do not accompany these labor-market dynamics, suggesting that in-migration does not drive our results. Importantly, in villages located in the rest of the country (unaffected by the guar boom), we find no evidence to suggest that electrification led to any change in non-agricultural employment and only a modest (three percent) reduction in agricultural employment.

Why might non-agricultural employment rise in the booming guar belt? An increase in guar cultivation by small and marginal farmers necessitates a shift in the labor force towards guar processing, which, in contrast to cultivation, is an electricity-intensive industrial activity. Additional analyses uncover just such an increase in the number of workers at firms related to the industrial parts of the guar production chain in electrified, guar-growing areas.

These findings have significant policy implications. Governments and international organizations alike are mobilizing considerable resources in support of universal energy access, frequently predicating their arguments on the potential to drive job creation and employment growth. In line with a growing body of work, we show that electrification on its own is insufficient in this regard. But we also demonstrate that in the presence of complementary economic opportunities, grid access can allow individuals, households and firms to respond to rapidly changing contexts in potentially welfare-enhancing ways.

The shift of workers off of farms and into other sectors is often seen as a harbinger of economic development – as workers can earn higher wages from manufacturing and other industries that depend more on high-quality, reliable power.